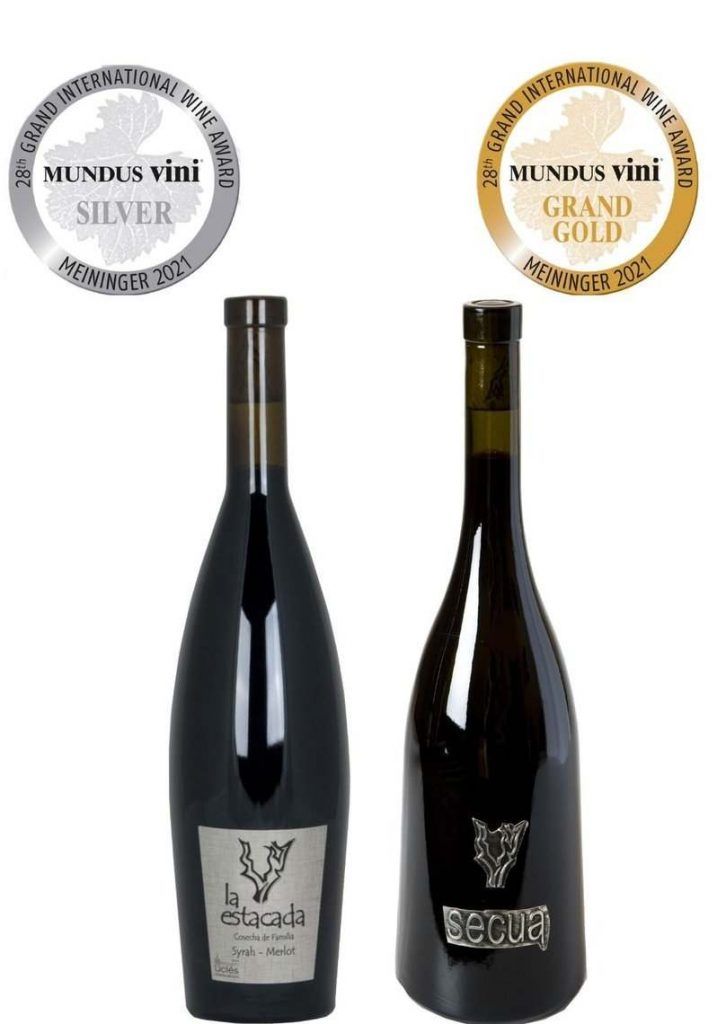 For yet another year, the 28th edition of the Mundus Vini International Wine Grand Prize was held in Germany; where almost 3,000 wines from around the world were awarded.

In this international competition, one of the most prestigious worldwide, wines from all the wine regions of the world are presented. For their qualification, experts from 54 different countries taste the wines presented anonymously.

And in this edition, Finca La Estacada has been awarded two medals in two of its wines, Secua Cabernet and La Estacada Syrah, Gran Gold and Silver.

Secua Cabernet Syrah 2017, with a dark ruby ​​color and spicy aromas, has obtained the highest score in the category of wines from Tierra de Castilla, obtaining the Grand Gold medal, the highest recognition of this contest, and which the winery achieves for the first time.

For its part, La Estacada Syrah-Merlot 2018, with aromas of ripe fruit, typical of the Syrah variety, and balsamic touches, from the Merlot variety, received the Silver medal.

These awards show the effort and work of the entire human team of the winery, and especially the winemaker, who have managed to enhance the characteristics of these wines until they reach their maximum expression.